Drone flight 974. May 28th 2019, this large ship has brought me much joy since the moment she arrived a week earlier. I filmed her on three different days and a total of five flights to capture her at her best. She arrived from South Africa with an 11.4m draught fully loaded with coal and appeared in dramatic style in glorious sunshine. Over 24 hours later I filmed her anchored at Moville Bay during the last rays of evening sunshine as she was under taking lightening work to reduce her draught, I also filmed her that very same night lit up in the darkness which was a real treat, all of these videos can be viewed on my channel. On May 28th she suddenly left Foyle Port during the mid afternoon and yet again the weather was great, I raced up to intercept her, it was only fitting that I bid her farewell since she had been so good to me during her time on Lough Foyle.

Once again she appeared under sunshine and blue skies and the 15mph Nly wind died off to 5mph so conditions were perfect. Visually she looked a mighty sight when she came into view and could be seen from many miles away due to her great size, she was now empty and in ballast and very high in the water which made her very dramatic to watch, furthermore all her cargo hatch doors were in the apex position which added to the footage, she sailed away to France at a swift speed. I returned to shore, changed battery and filmed the Foyle Leader pilot vessel returning from the bulk carrier, drone altitude was 1.6m, this portion was tightly cropped to get a better look at the boat. I hope you enjoyed the footage, this chase is mostly uncut except for one quick edit so is pretty much a full chase. Soundtrack ‘Alien Music’, thanks for watching. http://www.nightskyhunter.com/

25:53
Get it here https://goo.gl/QUzZRz ON SALE NOW!!! An awesome looking foldable quadcopter from JDRC. …
0 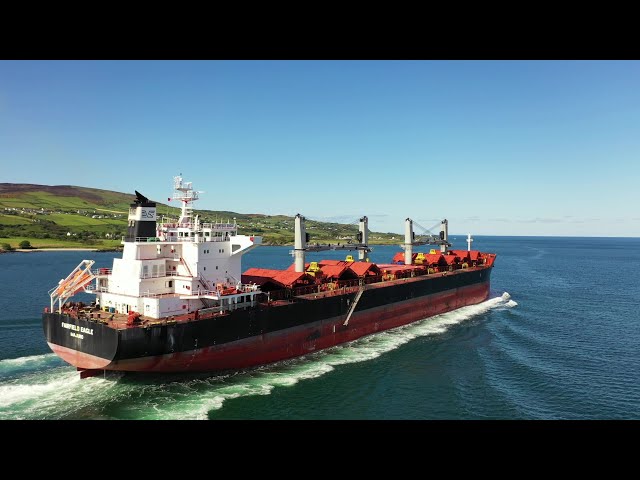