In this research, we introduce a new fail-safe flight method that can utilize all four controllability degrees of freedom (roll, pitch, yaw, and thrust) of a conventional multirotor even when one of the quadcopter thrusters fails. To implement the proposed emergency fail-safe flight method, a six-controllability-degrees-of-freedom quadcopter platform called the T3-Quadcopter is adopted. The T3-Quadcopter platform, which consists of two major parts of the Thruster Part (TP) and the Fuselage Part (FP), is a new type of multirotor platform that can control the attitude of the fuselage independently of translational motion. Through this study, we can perform stable three-dimensional translational motion control and heading angle control even in a single motor failure by actively changing the center of mass (CoM) position of the platform. The proposed method is validated through thorough stability analysis and actual experiments.

04:42
Bloody Goggles. That’s what I got when you crashed my drone into my head. … 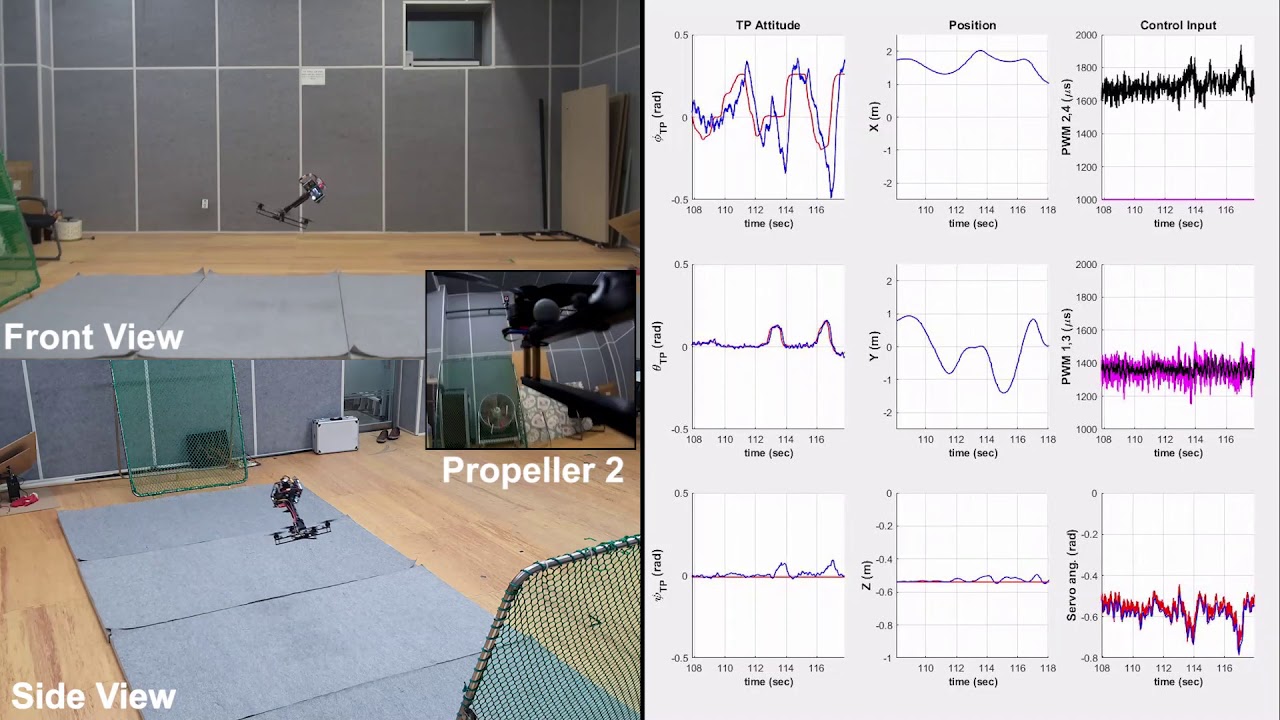