Thomas attempting to win back to back Australian Opens!

If you haven’t seen his Lucky Race 13 video, check it out, probably one of his most exciting comebacks! https://www.youtube.com/watch?v=bmeWMS3bRbU

Firstly sorry for taking so long to edit this video but we’ve been caught up with getting Thomas ready for a number of races coming up soon and there was a ton of footage to go through to produce this edit. Enough of the excuses lets get on to the story.

This is the event that paid for Thomas’ airfares to Muncie for the MultiGP International Open, unfortunately Thomas won’t be able to attend the open as the DR1 Series is scheduled through the whole of August. As much as we’re going to really miss seeing everyone at the Open, if it’s humanly possible we will be there at Next Year’s event!

Coming into this race Thomas had pretty much won every event he’d competed in for the last two years, so the expectation was for another win. Anyone that knows anything about drone racing realises so much goes into each victory and a lot can go wrong that is totally out of your hands.

There were 3 main events happening, Acro Comp, IDSC Korea Time Trial Qualifier where the top 4 fastest pilots get to represent Australia and finally the Australian Open Main race. To cut a long story short Thomas qualified fastest in the Time Trial and also TQ in the Australian Open. He didn’t feel he had the energy to do the Acro also, so gave that one a miss.

Anyway Thomas was able to defend his Australian Open Title and only dropped one race in the whole event. So all in all it was some amazingly tough racing but we got to hang out with some amazing people and what more could you ask for.

Dave Purebred did an amazing job with this event as specially with the last minute venue change. Joe Scully is always such a pleasure to have in Australia and brings so much to racing and he’s an all round nice guy too boot. Speaking of nice guys there is no one nicer than Rob Avery who runs NextFPV and gets Scully over here. There are also a ton of people that go into making this event what it is, too many to mention but you’re all legends.

Also a massive thanks to Thomas’ Sponsor, who appear on his T-Shirts 😀 you are all amazing.

A massive thanks to FPVR for allowing me to use their footage to put this together.
http://www.fpvr.org/

Also a massive thanks to SnakeFPV for the Awesome footage he provided me from his amazing Canon EOS 1D – Slow Mo Magic
https://www.youtube.com/channel/UC2lMtWiCL2Xz59rQGbIcTVw

12:55
Drone Racing News: A Breakdown of the first Regional Final in the Southwest. Week …
0

The second last final where Thomas crashes and has to chase! I was going … 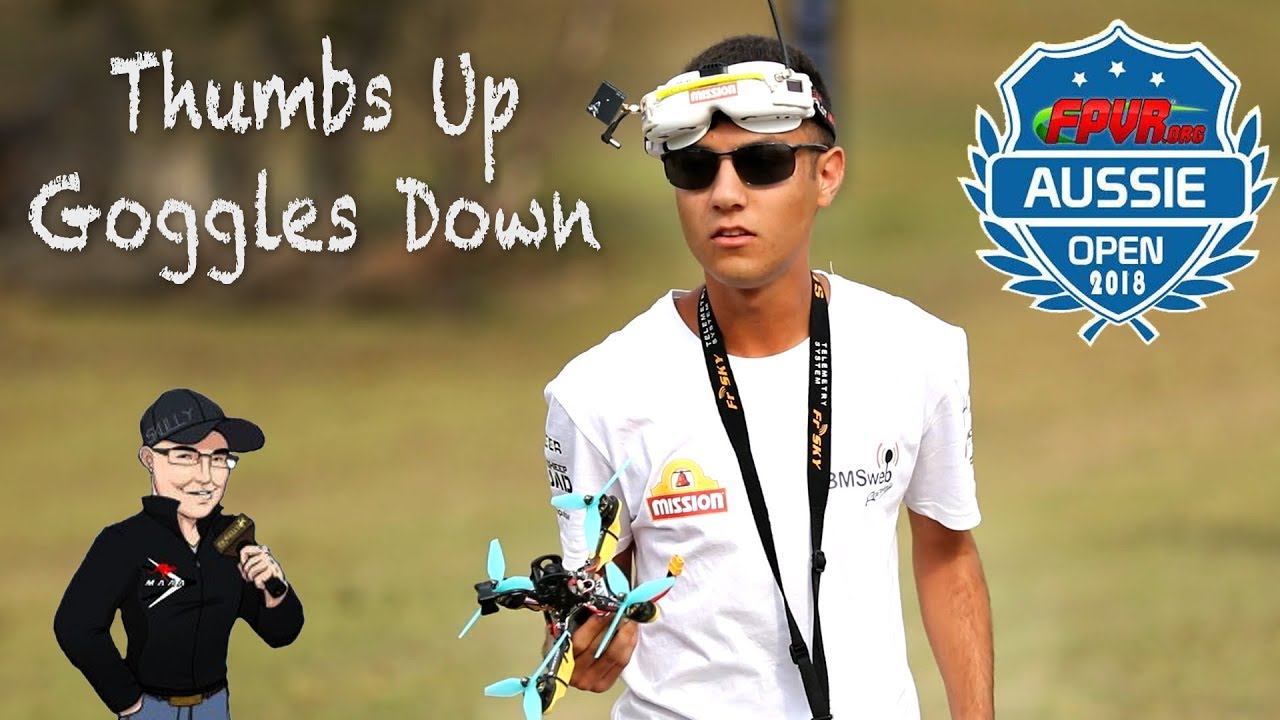