March 21 — The World Drone Prix in Dubai was the first million dollar drone race, with the winning team taking home a cool $250,000. We meet the tech-loving thrill-seekers behind the sport who want to turn it into the next big thing. (Video by Austin Brown and Tom Gibson)(CORRECTION: An earlier version of this video incorrectly stated that a portion of the prize money was given to the winning team’s sponsor, Tornado.) 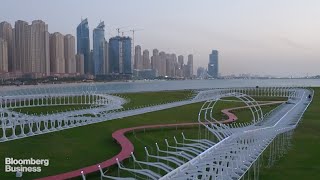