Over 5,000 children participated at the event which took a carnival atmosphere. The day’s program included a variety of games and competitions.

It’s World Children’s Day!
A day to reimagine a better future for every child.

A special feature of the event was that the little ones were taken to the Dehiwala Zoo. The children were treated to refreshments and prizes were offered to the winners of the many competitions.

past District Governor, 306C-2, Lion Nimal Bulathsinghala took an actinal part which made the event a colourful and memorable one for the children.

Young people are our future. Today’s young people are tomorrow’s scientists, politicians, doctors, teachers and the list goes on. In the future, they will inherit everything that we possess and accomplish, and will be charged with protecting the weak and vulnerable of this world, possibly making some of the hardest of decisions in order to do so.

World Children’s Day was first announced by the General Assembly of the United Nations in 1954. Originally, its goals were to encourage children of all races, creeds and religions to spend time together, getting to know each other and appreciating each other’s differences, and to prompt governments worldwide to pay more attention to the welfare of their youngest citizens.

Although World Children’s Day takes place on 20 November, each country has its own date set aside for the celebration. In South Sudan, for example, Children’s Day is celebrated on 23 December, in Cuba on the third Sunday of July, and in Poland 1 June.

Since being established as a holiday, World Children’s Day has been tied to many different, honourable causes such as the commitment to eradicate HIV/AIDS by 2015, to provide every child access to an education and to promote peace, respect and concern for the environment un.org/en/events/childrenday/. You should consider engaging and participating in great World Children’s Day activities organised by Non-Governmental Organisations such as UNICEF.

This year we celebrate World Children’s Day by empowering them to change the world around them, by inspiring the hope and imagination in them, which will help them to change the world in the future. Therefore, we are asking all leaders and Scout masters to ask their Scouts this simple question, ‘What is the one thing that you will do if you have the power to change something?’

Discover the convenience and pleasure of #flying with AIR SENOK, a leading private helicopter charter service in Sri Lanka with a fleet of AIRBUS Helicopters (formerly Eurocopter), AIRBUS approved service facility and hangar in Ratmalana. Driven by a dedicated team of pilots and maintenance staff with experience in civil and military aviation, we provide a range of services from #corporate travelling to leisure, #medical emergency, and #search & rescue operations across Sri Lanka. 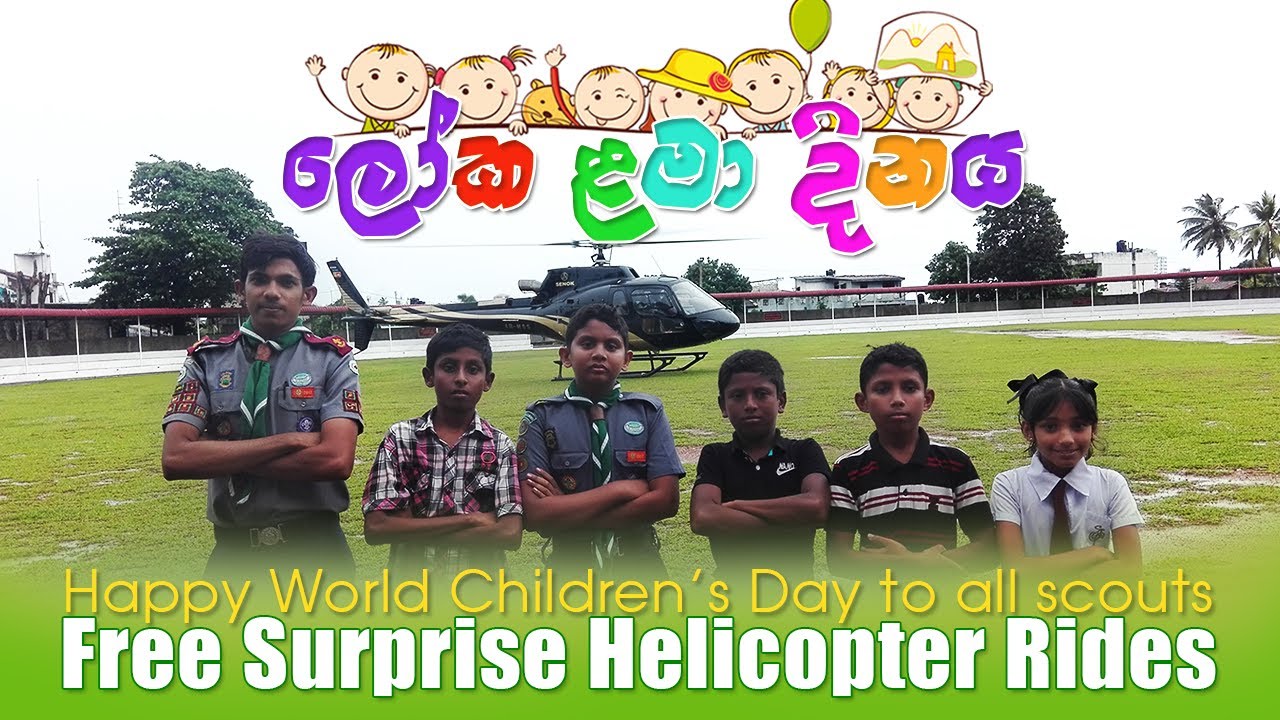