When we first met drone designer Andy Shen, he was standing in a freezing park in the Bronx, zipping his mini quadcopter around at speeds of up to 100 miles an hour in a first person view drone race. But there was more buzzing around the park that day than just his quadcopter. The pilots there were stoked about a secret project Shen had been working on for months: The world’s first-ever Nerf-disc shooting drone.

Late last month, Shen finally got the production model of his Blast quadcopter, and he agreed to let us test it out in an empty warehouse in Brooklyn (it’s been too windy and miserable in New York to fly outdoors).

The Blast has the potential to be a game changer. When Shen and rival racer and drone designer Ryan Gury spoke to us last time, they hinted that racing was just the first part of what would become a new sport. Once drones were (safely) armed, Mario Kart-style races, with projectiles and obstacles would be possible, they said.

Shen’s drone is a step toward that future. Shen and Gury went head-to-head in the world’s first ever drone dogfight, and, while there wasn’t really a winner owing to the warehouse’s difficult flying conditions, it certainly seems like we could be watching the beginning stages of a new sport.

MORE DRONES FROM MOTHERBOARD:
This Is How You Race a Drone in the Snow:
The Iranian Drone That Saves Lives:
Dive-Bombing Drone Confronts Goose Poop:

09:00
This little lightweight drone is very maneuverable, and includes extreme pitch and speed at …
0 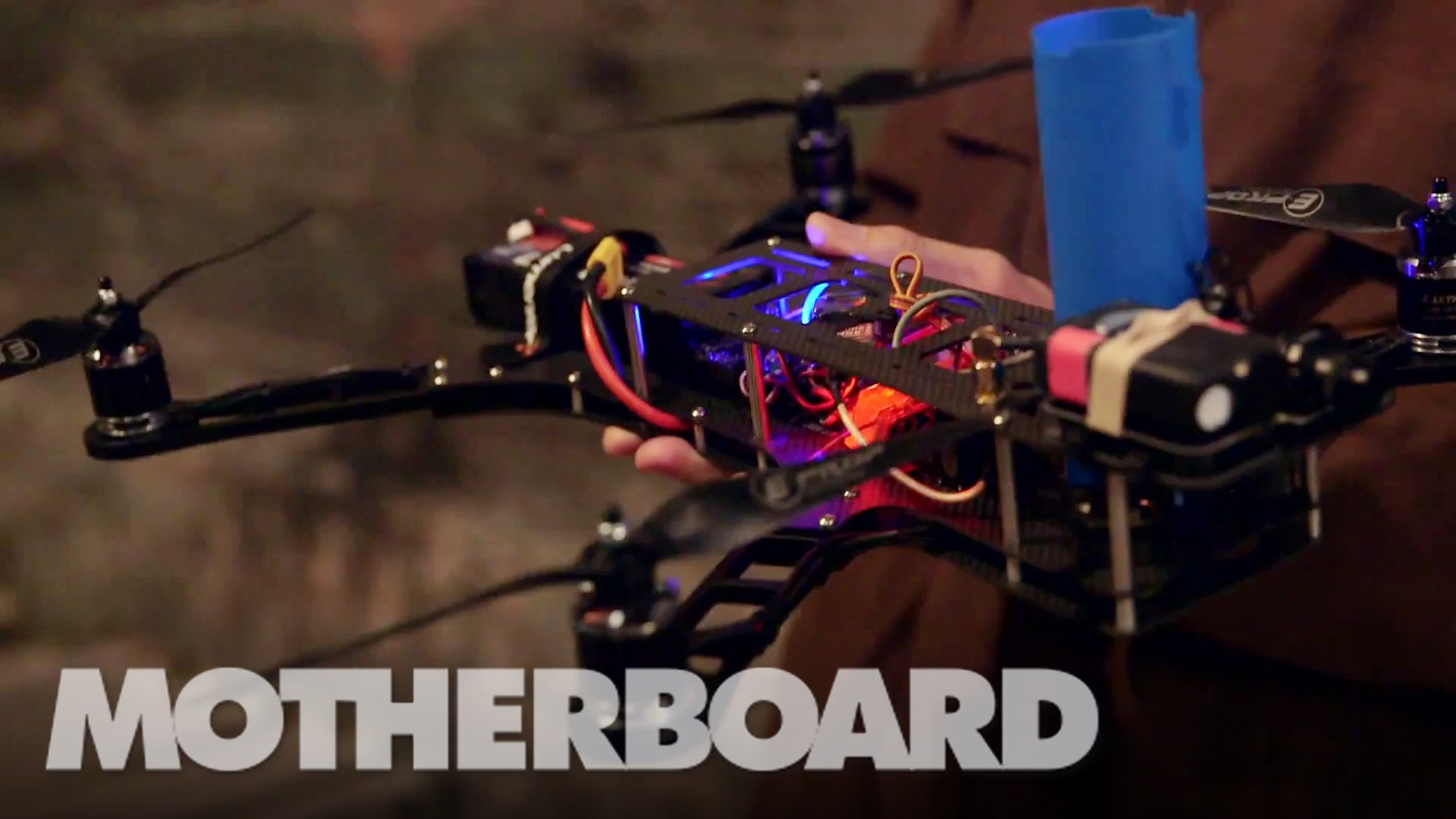