Took the Snapper 7 for a series of tests just before sunset. I wanted to see how the stock FPV camera would perform transitioning between different lighting conditions (sun/shadow).

Very similar RSSI/video performance with the UR65 but the SNAPPER 7 flies more solid with the aluminium frame and faster with the bigger motors (SE0703 19000KV//SE0603 17000KV) and battery (450mah//250mah). Also flies without all the rattling noise that the UR65 makes. No crash test, the aluminium frame will bend on impact.

00:00
Here is a problem which is related to battery this condition occur when your … 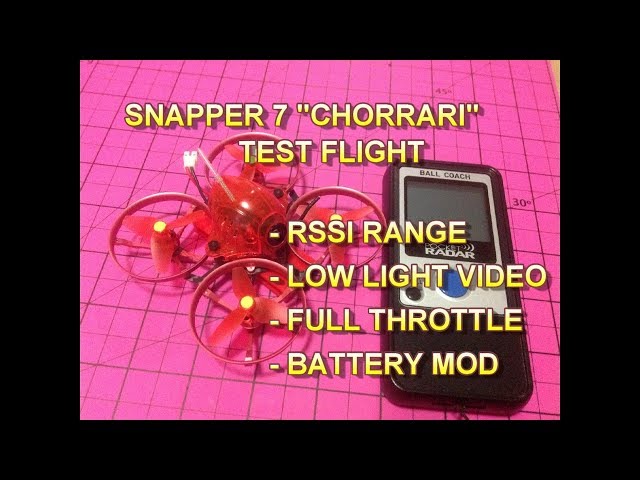