The other day I was talking to someone on YouTube about the differences between RaceFlight and CleanFlight, and the advantages of F4 powered flight controllers. One suggested advantage of RaceFlight was that it can run on a broken prop. I wanted to see if a quadcopter can fly on a broken prop, and if so, then does it really need to run RaceFlight at 32KHz to do so.

Today I was flying with my friend Chris. In a crash he broke a few of his props, which reminded me that I wanted to test this. We picked the prop that was damaged, but still theoretically flyable. The others were just a hub 🙂 The prop is supposed to be a 4 bladed 5045.

As you can see, the damaged prop has a one full blade missing and about 1/3rd of another blade chipped off as well. So that adds up to 33% of the blade surface area missing and a very unbalanced setup.

I am running this on one of the original Tanky Drone prototypes with AfroMini flight controller powered by an F1 chip, running current CleanFlight at 500Hz (2000 loop time). Yes, it’s that “out of date.” And yet, as you can see, it flies perfectly fine! It’s smooth and very stable. The motor with the broken prop does heat up a lot more than the other one, and I didn’t want to bust a bearing, so it’s only a short clip. 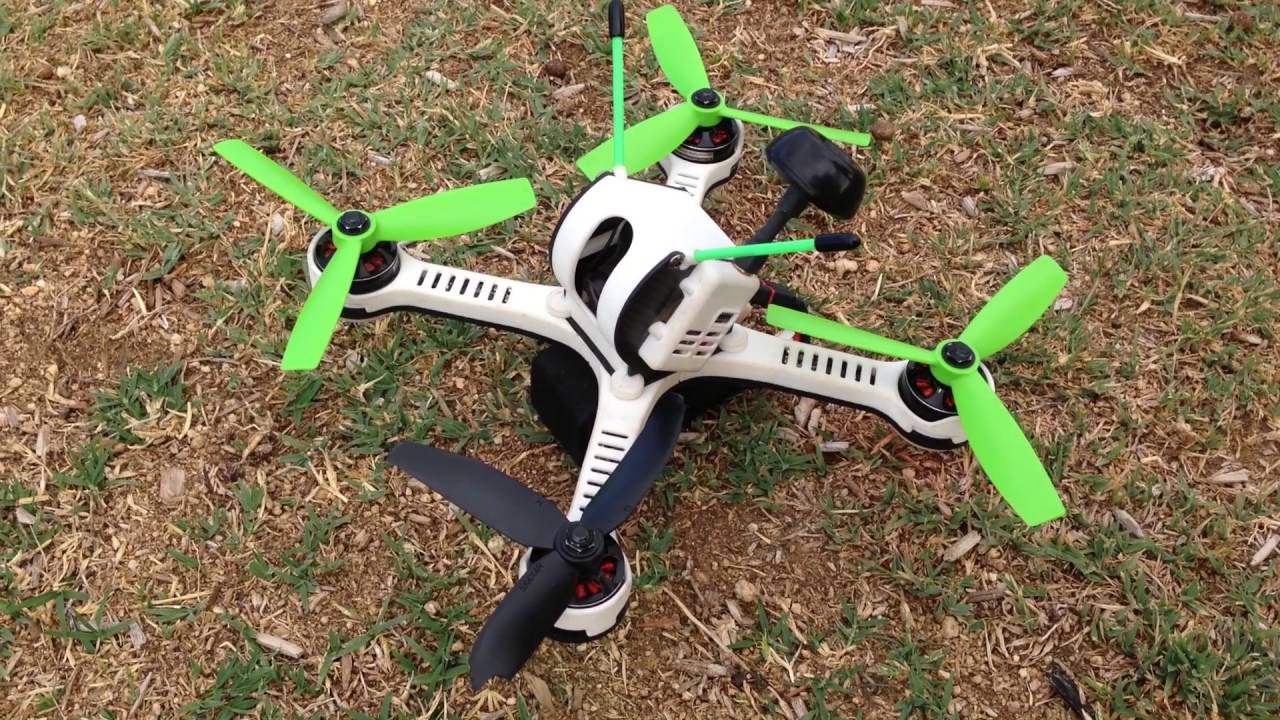