This video was quite an awesome project as the shots from an FPV drone are like nothing else. also, most of the leaves had been blown from the trees already and the ones that were left were still partly green I pushed the colors quite far and managed to match the GoPro footage fairly well with the camera footage while giving the video a nice look.

Let us know what you think of the FPV drone footage? 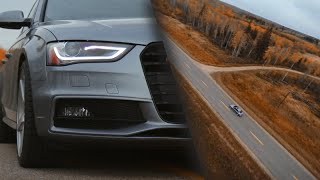