I Bought this about a year back and I learned to fly Multi-copters as a beginner using this Moon-top M9911 Nano quad-copter and still it’s the smallest Quad-copter available to the public .

Then after breaking it’s one arm I used straws to build it’s new arms but it didn’t work due to the flexibility of the straws and due to the increase in weight because of the thick wires I used .

Using two disposable Tongue-Depressors and hot glue, I made it’s frame and the total weight with the battery installed was 20 grams and after breaking off some wood it was 18gram (my weighing scale has an error of 1-2 grams +- and it has “issues” measuring smaller weights). It can hover and fly as you can see in the video but it struggles.

So now,after knowing that it can work I am trying to reduce it’s weight further by making small arm extensions instead of a frame.

Originally it had a weight of around 12.5 grams with the battery installed and I tried to fly it (before I broke it) with a similar, second battery (2.5grams) riding on top of it unconnected and it worked but “not too well” .But it seems now it can fly with a second battery only if I reduce the weight slightly.I’ll post the second video showing the results.

00:00
Starting to get the hang of this fpv lark now feels a lot smoother … 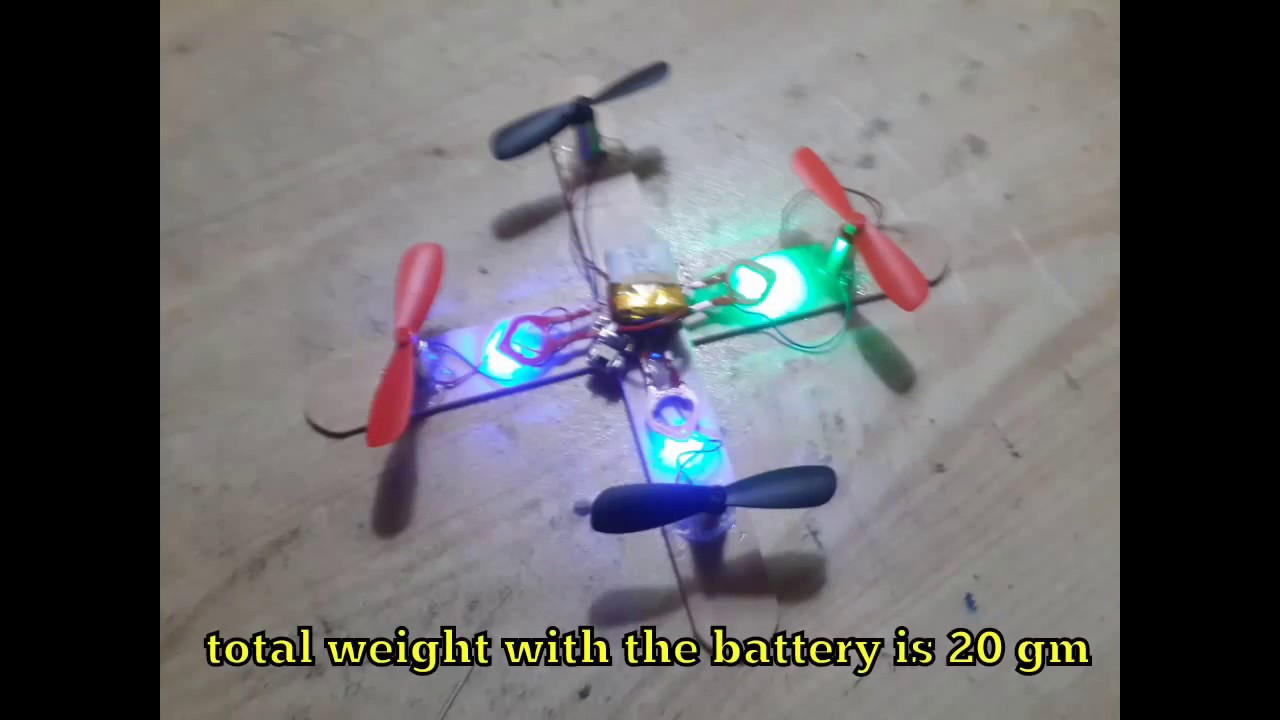