To be honest, it looks weird in the box, but out of the box this little drone shows off with nice build quality and a fun flying experience.

Agreed, it’s a weird idea to put a drone inside a watch. But it’s like a child’s dream, where you can summon a flying Quadcopter from your arm. The watch itself doesn’t look that cool. It’s pretty chunky and feels plastic. It has a lot of buttons, but fits well on your arm. Inside the big watch, we find a very tiny drone, or quadcopter.

Flying with the drone is not easy, but you get the hang of it after a couple of times. You have different modes to help you out while flying, so for new drone pilots that’s good! For the drone enthusiast, there are different speed modes, flip buttons and a headless mode to go total-loss!

I have to say I was pretty impressed by this. In the video above you can see that I crashed the drone several times, but it survived each time. Yes, it lost a propeller, but by just clicking it back on, it’s fixed. You also have spare blades in the box in case you destroy a propeller while flying kamikaze against a wall.

I wasn’t expecting much from the camera quality and wasn’t disappointed. It’s just not good. I have no idea what the aspect ratio and frame rates is, but it’s like filming with a potato. To be honest, for the price I was not expecting HD quality. It’s good enough if you want to try out filming, or for children when playing with it, but don’t use it in a YouTube video. You’ll embarrass yourself. Nice try though on the camera aspect.

It also comes with a third party app called FPV Flying or something. You get a live view from the camera and you can use the app to record your clips on your phone. That’s actually pretty neat and it makes the bad camera quality just a little bit more bearable!

To conclude: this is just a good drone for the price. Off course it’s not a Phantom thing drone, but it’s pretty easy to operate and you have a camera. If this is your first drone, I would definitely recommend this for trying out the drone world! You can find the drone here: http://www.hobbywow.com/en-dh-800-6-axis-gyo-alitude-hold-wifi-fpv-0-3mp-camera-headless-mode-rc-quadcopter-rtf-2-4ghz-p243933.htm 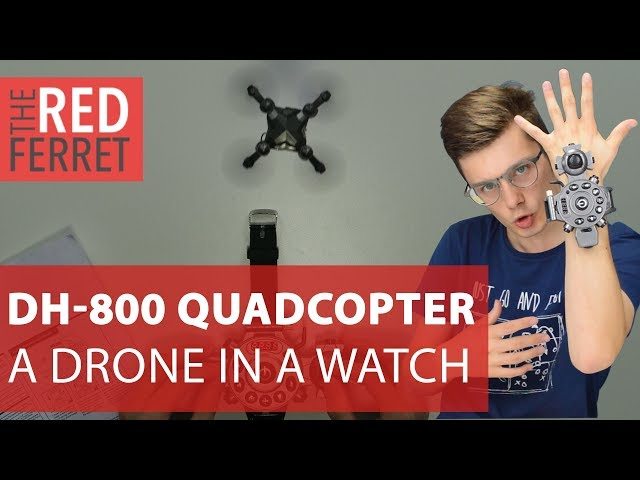