Goodwood, UK – Friday 13 July 2018: Today, the Vodafone XBlades Drone – the ‘Wingcopter XBR’* – has set a new drone speed world record at the Goodwood Festival of Speed, the world’s greatest celebration of motorsport and car culture, which celebrates its Silver Jubilee this year.

The Wingcopter XBR, piloted by World Champion drone racing pilot, Luke Bannister, achieved a top speed average of 240.06 kilometres per hour (149.1663 Miles per hour) at the famous Goodwood estate. The record for the fastest ground speed by a remote-controlled tilt-rotor aircraft was officially confirmed by Guinness World Records.

Anne Sheehan, Enterprise Director at Vodafone UK said: “Setting a drone world record at The Goodwood Festival of Speed gives us a glimpse of what is to come with the roll-out of 5G across the country. With super-charged data speeds, we will see technology – including drones – put to new and exciting uses.”

What a beautiful day to fly some RC everything! Casey wanted to get some …

Spring 2017. The original KillaVolt giant drone “Rasputia” squares off against a Mercedes C63 … 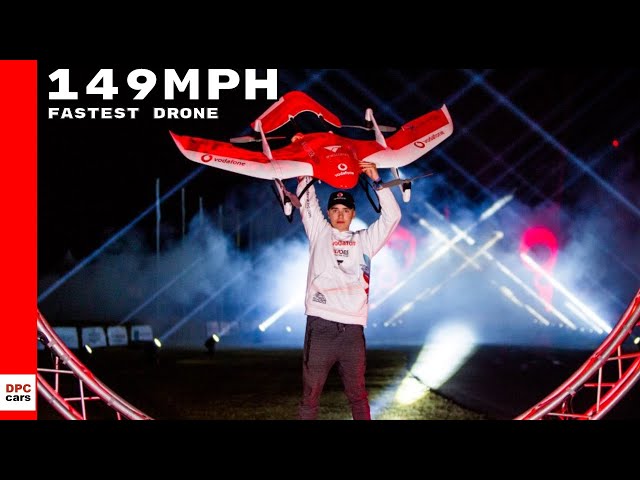